Is Glyphosate plus aluminium bad news? 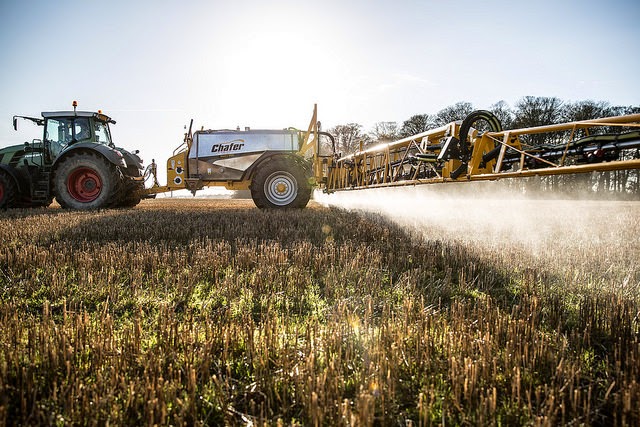 The parallel increase in many neurological diseases with increasing applications of glyphosate-based herbicides in America [1] has led to a very serious look at how the two could be directly linked.

One recently published proposal is that synergistic actions of glyphosate and aluminium (both now pervasive substances to which Americans are exposed) is leading to nerve cell damage.

Aluminium is an established neurotoxin but is excluded from a healthy body by natural barriers in the gut. If it gets into the body, this toxic metal accumulates in the pineal gland.

The pineal gland is part of the brain but lies outside the brain-blood barrier which protects all the other brain-tissues from circulating toxins. Major functions of the pineal gland include sleep regulation and protection of nerve-cells, both vital for our health. Sleep disruption and nerve-cell damage are part-and-parcel of neurological disease.

Enter glyphosate. Glyphosate is firmly established in the American diet: it is in herbicide-tolerant GM crops, in crops dried-down pre-harvest, in the water supply due to environmental contamination, and in meat and dairy from livestock fed herbicide-tolerant GM feed [2]. The herbicide has also been found in 44% of Europeans.

The pineal gland is one such heavy user. Tryptophan is the feed stock for the hormones produced by this gland to regulate sleep and protect nerve cells. Glyphosate could be effectively starving the pineal gland, especially in times of stress such as concurrent accumulation of toxic aluminium.

Elsewhere in the body, both aluminium and glyphosate are able to disrupt the liver's detoxification mechanisms. This, of course, will result in increased levels of circulating toxins to which the pineal gland is exposed.

Other synergistic damaging effects of glyphosate and aluminium were proposed in the paper, but this is probably enough to be going on with!

Routine toxicology is designed to study individual toxins in isolation. It has no means to uncover such long-term interactions between toxins. Even if these highly speculative proposals of synergistic actions between glyphosate and aluminium are only partly correct, they paint a devastating picture.

It's vital that we clean up our environment and our bodies. Let's start with glyphosate and all the various forms of Roundup formula which contain it.

Have a look at the Institute of Science in Society's Roundup on Roundup prepared in January 2015. Then think about doing as the Institute suggests and forwarding the Roundup on Roundup to your MEPs (www.writetothem.com) asking them to vote against re-approval of glyphosate because in the formulations in use, it has been proven to have multiple harmful effects.