Even more insecticide-producing genes may not be better 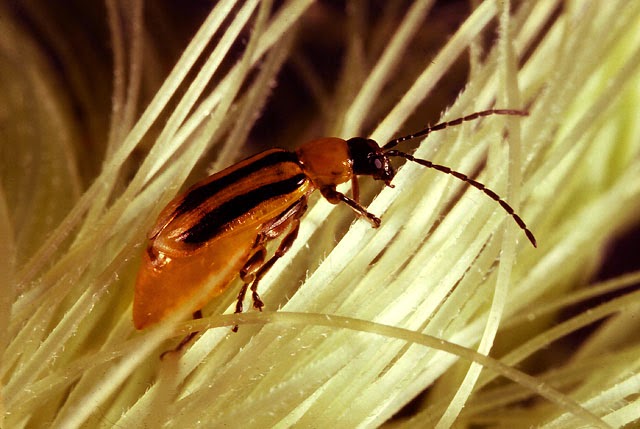 Recognising the short effective-life of the first generation GM insecticidal crops containing a single Bt toxin to which pests would rapidly evolve resistance, and the restrictions on planting entailed by the need for a 20% non-Bt 'refuge' to slow that evolution, current GM maize and cotton crops are stacked with up to five insecticide-producing genes.

Stacked Bt genes are inserted in pairs which kill the same pest. The theory is that if an insect evolves resistance to one Bt, the other Bt toxin will kill it and the resistance-genes won't be passed on to the next generation of pests. An added advantage is that the scheme has persuaded regulators to reduce the 'refuge' to only 5% of a stacked Bt crop.

What actually happens in the field was found to be a little different.

An analysis of the data from 38 studies of the effects of ten Bt toxins against 15 insect pests in GM crops suggested some unexpected interaction s between the pesticides.

Survival of insect pests was often higher on stacked crops than on single-Bt crops. This was true of, both, susceptible insects and of insects which already had resistance to one of the Bt toxins present.

Where the two Bt toxins weren't sufficiently different from each other, pests evolving resistance to one can become resistant to the other too. Alternatively, the two toxins can be antagonistic making both less effective.

All these scenarios reduce the efficiency of stacked Bt crops' ability to slow resistance.

America has also created a pest-resistance headache for itself by rushing stacked Bt crops to market while single-gene versions were still being grown. Effectively, the single-Bt stands provided a 'refuge' for the evolution of resistance to that Bt toxin: the stacked Bt crops then had only one Bt toxin left in their armoury, and the scene was set for a step-wise development of resistance.

Interestingly, despite all this fancy GM technology planted on millions of hectares and fed to millions of animals and people, it seems there isn't a consensus on how Bt toxins actually kill their pests.

Such discrepancies between grand theory and the practical reality of GM crops is a recurrent theme. The theory that Bt toxins are safe for humans because they only kill insects (by some disputed mechanism) may be as tenuous as the thory that two Bt genes are better than one. In the real world sometimes it's true and sometimes it's not.