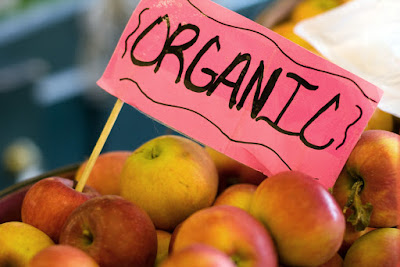 Rats fed ultra-low doses of Roundup, the commercial formulation of glyphosate, over a life time, were found to have a number of hall marks for liver toxicity and biomarkers for non-alcoholic fatty liver disease (NAFLD) [1]. People with NAFLD are considered to be at high risk of developing even more serious diseases, such as cirrhosis and cancer of the liver.

We can't of course carry out the same experiment on humans. However, we can gather some evidence from people who already have NAFLD. An ominous study in America has now demonstrated a correlation between urine glyphosate levels and the severity of their liver disease.

A recent study in China has linked NAFLD with a high prevalence of an alcohol-producing bacterium in the human gut. Disturbance of the healthy gut microbial community due to pesticide residues in food could be a key factor.

GM Watch comment that this makes a good case for minimising our exposure to glyphosate-based herbicides and other pesticides by seeking out organically grown food.

They may well have a point. Today, 2,000 pesticides with 500 chemical substances are being used in Europe. Recent soil testing of 317 agricultural soils for the presence of 76 different pesticide residues (a tiny sample) found 83%of them were contaminated. The most common mixtures detected at the highest concentrations were glyphosate and DDT (banned in Europe since 1986).

*Note. Pesticide levels detected were within 'safe' values set by the European Food Safety Authority, but the methods used to determine these levels are far from comprehensive, and cocktail effects are not considered.

Will starting to eat organic food after a lifetime of steadily increasing exposure to pesticide contamination benefit us?

Anecdotal evidence from doctors and paediatricians in America who have prescribed organic diets for their patients report an improvement in many disease conditions within 2-3 weeks. A recent small-scale intervention study in the US measured urine pesticides before and after switching to an organic diet: after just two weeks, the pesticide levels dropped between 49 and 95 percent.

These certainly support the case for seeking organic foods to minimise our exposure to agri-toxins.

In case you doubt the agricultural practicality of dispensing with chemicals, France has already set off down this path [3], and the science suggests it's realistic (Lechenet).


Clearly much more comprehensive studies are needed to prove the 'eat-organic-for-health' claim. As clearly, while the agrichemical industry is making so much profit from pesticides (especially the GM-linked ones), and farmers are stuck on the pesticide treadmill, the necessary studies won't be done.

It needs a whole lot of pressure from you, the person whose health is under threat, to demand the testing is carried out. Tell your regulators about the insidious cost of not testing [2].

You can make a start by simply buying organic, because if that's where the profit is, that's where agriculture will go.

Also, support the work of the Soil Association and the European organic umbrella organisation IFOAM.