Too much trade is bad for you 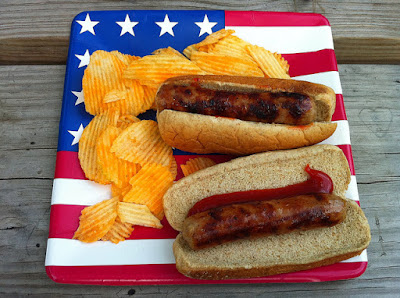 Once upon a time, trade was a mutual give-and-take which promised lasting prosperity for both partners; and with prosperity would come well-being.

The modern way redefines 'prosperity' in terms of ever-expanding trade whose boundaries are global. Now, 'trade' has winners and losers, and the 'well-being' part is nowhere.

In the global market, plants and animals, water and land are all resources waiting to be exploited. People are workers, consumers or debtors whose purpose is to fuel the relentless quest for more trade.

And worse, the global playing field isn't level: the big guys swamp the little guys with cheap products, and even if the quality isn't a patch on the home-spun versions, local production buckles.

Here in Britain, the effect of globalised trade has been felt as "Chinese import shock". It's been pointed out that the regions which voted most strongly for Brexit were those most affected by the loss of manufacturing jobs under the onslaught of, for example, cheap Chinese imports, and least by immigration. Somehow, the damage caused by globalisation and the anger this generated was turned into blaming the EU and its policies on migrant workers.

What's happening now is even more ironic: our government is seizing the opportunity of Brexit to accelerate the process of trade agreements and, thus, invite yet more import shocks. Of all the Brexit-inspired deals Westminster is embarking on, it's the ones with America, and in particular American food, which are causing the most public unease.

No matter what way you look at it, America's system is stacked against food safety. US regulations permit anything to be sold to the public provided it hasn't been proved damaging. At the same time, limited regulatory budgets and powers mean proof of harm is unlikely ever to be established. This allows food companies to expand their sales with confidence, no matter what their products might do to the well-being of their customers.

American meat is cheap and plentiful. It's cheap because staple feed crops are subsidised, and because livestock can be fed rubbish; for example, chicken manure, dead chickens and feathers can be fed to cattle. It's cheap because drugs are given to cattle and pigs to make them grow faster and eat less (these drugs may still be present in the end-product - see below). It's cheap because food animals aren't allowed to waste space or energy or incur transport costs be roaming around. Indeed


"by some estimates, 99% of chickens, more than 90% of pigs, and 78% of beef cows in the US are raised in (confined) animal factory operations" (Debbie Barker).

If the drugs and cramped living conditions make them aggressive, they'll find themselves with clipped teeth, sawn-off horns or no tails. If this sounds like stressed animals which are unlikely to be in great health or to provide healthy food, consider that "around 80% of all antibiotics and related drugs used in the US every year are given to beef cattle, hogs, and chickens" (Debbie Barker).

Some examples of drugs given to US livestock:

Practices we would consider routine hygiene to ensure animal products are safe for consumption are replaced, in the case of US poultry, by washing the final carcass in disinfectant. Allowable levels of pus cells in milk (an indication of a possible infection in the cow) are higher in the US than anywhere else in the world.

We all know that untested GM grain, fruit and vegetables from America will be the first thing likely to flood our grocery shelves post-Brexit.

A whole host of chemical processing aids banned in the EU are allowed to disguise the poor quality of American food: brominated vegetable oil (this substance is also a fire-retardant) is used in many citrus drinks to stop them separating out; potassium bromide (a possible carcinogen) is used to promote rising in US baked goods; azodicarbonamide (this substance breaks down into at least one cancer-promoting derivative) is used in the US as a flour bleaching agent and dough conditioner; eight artificial food colourants (banned in the UK due to links with hyperactivity) are permitted in US food and drinks without labelling.

On the subject of labelling, American food companies don't like it so it doesn't happen. Despite current belated moves to introduce some kind of GM labelling in America [1], any meaningful indication of GM-content will likely be prohibited as a 'barrier to trade' in any UK-US deal. This is because, as the 'Initiative for Free Trade'* suggested disingenuously "If (UK) consumers don't want to buy the products made to different standards than our own, they will see the US flag on the packet and not buy it".

Our trade secretary, Liam Fox, claims to be "a great believer in giving the public a choice over what they are eating" and says it would seem "a waste of time and effort to agree things we couldn't sell to parliament or the public". But, labelling of US products doesn't seem to be on his Brexit trade agenda, and no one else is likely to suggest it.

The Chinese import shock has been bad enough, but doesn't involve food (yet). If we have a trade deal between the US, a very large country with low standards, and Britain a small country with higher standards, there is going to be only one outcome: Britain will end up with all US food standards and nothing in the way of well-being.


Our trade secretary seems wildly out of step with the British public: in April, an opinion poll showed a whopping 82% of Brits would rather not have a trade deal with America than to sacrifice decent food standards. NOW is the time to demand that your representative in government has full powers to stop trade deals they (and you) don't like. With this list of untested, stomach-churning and unlabelled foods the US would like to feed us, we must make trade policy democratic.

* The Initiative for Free Trade is one organisation in a network of secretive, libertarian pressure groups trying to hijack the US-UK trade talks to impose their anti-regulation agenda.