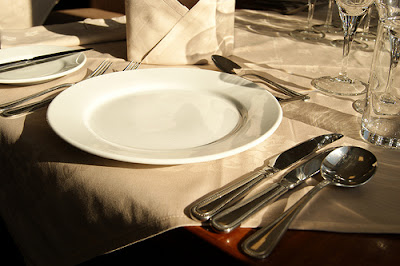 The messages to chefs were clear:


"Most people seem to have a natural distrust of (GM food). They are your customers", "You (the chefs) can be leaders and heroes of a culture, of good husbandry and farming, and real love of good food. Or we can all end up not knowing what we are eating, because GM will get everywhere."

Beyond GM's survey was small (556) participants) and the consumer base was a self-selected group from people already well-informed and concerned about GM. However, other larger surveys not focused on the GM issue have revealed parallel concerns. A key issue amongst people who dine out is food sustainability; this is threatened by many aspects of the GM agri-model. Health and nutrition are top issues for both restaurant food and GM food. A Food Standards Agency survey in 2013 revealed 52% of the population feel uneasy about GM. Despite the scientific establishment, industry and media hints that people are becoming more accepting of GM foods, a 2014 YouGov poll which reported 6% of the public "more positive" towards GM, also found 5% had become "more negative".

Beyond GM points out that


"Customer trust is an extremely valuable commodity for any business. Those in the food service industry should be aware that, apart from concrete concerns about issues like health and safety, surveys on GMOs consistently show that the general public does not trust genetically modified food and that this food technology provokes in them a sense of genuine unease."

The most common GM product you'll come across in the UK is vegetable oil derived from GM maize or soya and sold by wholesalers in huge, cheap containers. Restaurants and other catering businesses are legally obliged to indicate on the menu (including on-line menus) if they are using such oils. However, Trading Standards reports show that most don't.

In truth, it's the bottom line that most often informs caterers' sourcing and selection of ingredients.

Armed with the responses to its survey, Beyond GM aims to 'Stir the Pot'. It's engaging with professionals in the food service industry to tackle the encroachment of GMOs in our food chain.

Beyond GM aims to be very much a people's campaign, giving space and voice to the majority in the UK who have real concerns about GMOs and the direction of travel these represent in food and farming. Its goal is to help amplify such concerns and represent them to those in power.

Also, if you want hints on avoiding GM food when you eat out, check out
http://www.gmfreeme.org/eating-out-heres-how-to-avoid-gmos-on-your-plate/