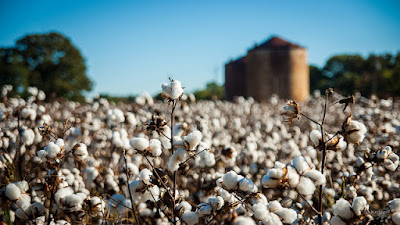 A great deal of technical and commercial effort has been devoted to GM crops with soak themselves with their very own, self-generated 'Bt' insecticides.

These 'worms' are actually the larvae of two related species of moth which cause billions of dollars of crop damage every year feasting on monoculture banquets.

Cotton bollworm is a particularly notorious pest, with a fast generation time, an extreme mobility, and an unusually diverse gene pool to draw on. It attacks over 100 crop types and has developed resistance to all pesticides used to try to control it. All in all, a top-class super-pest.

Bollworms' maize-munching cousin is the New World is a pain to farmers but has never reached the same heights of pestliness. Yet.

The 'yet' qualification is needed because scientists recently discovered to their horror that along with the global trade in commodity crops such as cotton and maize, have come hitchhikers. Cotton bollworm is wending its uncontrollably invasive way across North and South America. And worse, the bollworms are demonstrating their spectacular adaptability by breeding with the natives, the corn earworm. The long-standing rulebook that says 'species' are neat, mechanical parcels of genes which disallow successful mating between them, is being re-written by pests: cotton bollworm and corn earworm seem to be happily hybridising quite freely and randomly.

'Mega-pests' with a mega-host-range and zero susceptibility to both Bt and chemical insecticides will clearly be the plague of the future.

Modern, high-tech agriculture has created an extreme uniformity in the crop types used, in the crop gene pool, and in the means of pest control. In the field where the pests are highly diverse even within a single species, crop plants don't stand a chance, no matter how many 'protective' artificial genes we try to ram into them nor how often we apply 'protective' chemicals.

An interesting question is whether the saturation of monocultures with Bt toxins could create adverse conditions which serve to stimulate the inter-breeding of pests?

We seem to be actively promoting pests at the same time as we're trying to annihilate them with toxins. Is this absurd behaviour compatible with sustainable agriculture?

There are other ways: check out RE-THINKING THE YIELD-OBSESSION - June 2018 (coming soon)