Food lesson for the future 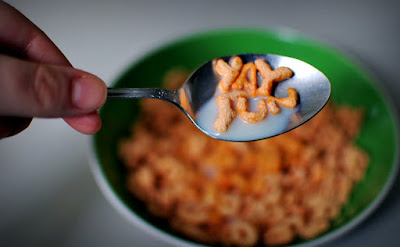 What's going to happen when the long-term consumption of GM foods takes its toll on our health?

If we're lucky, medics will notice a spike in some chronic disease, and toxicologists will manage to link the problem to GM elements in our diet. And then what? Will the novel culprit be withdrawn from sale?

Sadly, the on-going reaction to the IARC* scientists' considered conclusion that the world's most used herbicide, glyphosate, is "probably carcinogenic to humans" [1] provides a precedent which is very likely to be repeated in the face of any GM problem.

First, will be a ferocious effort to undermine the science and discredit the scientists who identified the GM link and the institution to which those scientists belong. This will be a co-ordinated onslaught masterminded by the biotech industry PR gurus and will be supported by anyone who is profiting directly or indirectly from GM crops.

This will, of course, be accompanied by a blanket denial of harm, not only because of the threat to present and future sales of GMOs, but because the biotech industry will be facing multiple litigation for compensation from former customers who have become patients or bereaved.

Scientific evidence of harm linked to GM will be rejected using various well-honed twists of logic.

For example. In rare diseases, such as cancer, a high incidence in the population may be one in a thousand. To test a suspect substance in the laboratory would need several thousand rats. Standard practice is to use 50 rats per test dose and to include a high-dose treatment group to give a better chance of revealing the suspected link. A favourite industry trick is to demand results of such experiments be rejected on the basis that the high dose has no relevance to the real-world situation.

For example. In commercial laboratories, set rules of 'Good Laboratory Practice' must be followed to prevent a repeat of past cases of misconduct. These rules don't apply to independent laboratories such as universities where commercial pressures are less likely to colour the science. It is in such laboratories, however, that more refined, state-of-the-art techniques are most likely to be applied and where the problems arising from novel foods are most likely to be identified. A favourite industry trick is to demand that data from such laboratories be rejected on the basis that they don't follow Good Laboratory Practice.

For example. Epidemiological assessment can provide evidence of a link between diet and disease. However, due to the extent of confounding factors such as establishing the actual exposure to the substance in question, it can't be used to prove the absence of a link. A favourite industry trick is to demand that a negative epidemiological finding be considered key evidence of 'no harm'.

This last trick is particularly useful to the industry case because, as one American epidemiologist pointed out, once a substance* has become ubiquitous in the US diet, there's no certain unexposed population to draw a comparison with so "it's hard to determine what (the substance) does" and population studies will yield no credible data.

*In this case, glyphosate used on GM crops.

You might by now be wondering what the regulators will be doing during all this industry denial and obfuscation of the problem.

The authorities who allowed the novel substances into the food chain in the first place and pandered to the biotech industry will be anxious not to be proven wrong (negligent) and at the same time anxious to be seen to be doing something.

Regulators will, therefore, allow industry to continue to get away with all it's unconventional re-interpretation of the scientific procedure, misuse of Good Laboratory Practice, and abuse of epidemiology, even if it goes against their own rules. For show, they will hold an enquiry at which industry representation out-numbers independent scientists by three to one.

The 'debate' will drag on for years while people get unaccountably and increasingly sick and die.


Best not go there in the first place. Keep Scotland GM-free.