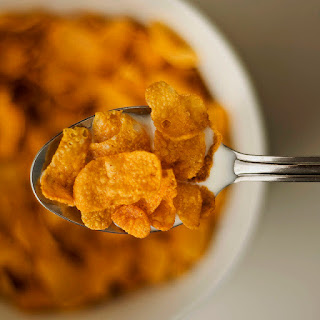 No clinical trials on human health outcomes from eating GM foods have ever been conducted.

Although the need for post-market monitoring seems to appear in GM regulatory approvals, no health surveillance has ever been carried out. You don't have to look far to find the reason.

In 2002, Health Canada attempted to implement a health-monitoring scheme for GM food effects: the scheme was abandoned less than a year later because it was "too difficult". In 1998, plans made by the UK Food Standards Agency for using purchasing data linked to supermarket loyalty cards to check for correlations between GM foods and, for example cancer, childhood allergies, birth defects and hospital admissions, were quickly abandoned when it realised the scheme was incompatible with its claims of GM food safety. In America, GM food is effectively deemed safe if its manufacturers say so, thus dumping all responsibility on those who stand to profit from not finding harm [1].

In the absence of clinical studies and monitoring, how can GM food health effects be investigated?

The American Academy of Environmental Medicine (AAEM) examined the peer-reviewed animal GM-feeding studies available in 2002. It found a worrying list of potential disorders (see Note 1). AAEM calls for regulators to implement a moratorium on GM foods at the time were of course ignored. However, one of its past presidents pointed to the possibility of a readily available, focused source of human health data:

"physicians are probably seeing the effects (of a GM diet) in their patients", all that's needed is to "tell them how to ask the right questions".

To identify the 'right questions' Jeffrey Smith of the Institute of Responsible Technology began to canvass physicians, healthcare providers and audiences at medical and healthcare conferences and at public lectures for their experiences after cutting out GM from their diet. Their responses allowed him to home in on the suspect symptoms and conditions which might be linked to GM food.

The end-result of Smith's endeavour is the publication of a survey of health changes reported to him when GM was removed from the diet.

This isn't a scientific study, its data come from a large sample (3,256) self-selected members of the Institute of Responsible Technology who volunteered their experiences because they had something to report. Also, because GM is unlabelled in the America where most of the respondees lived, going GM-free effectively means going organic (and thus reducing exposure to pesticides including their formulation surfactants [2]), and because GM features so heavily in processed food, going GM-free means avoiding junk foods (and thus reducing exposure to artificial additives including emulsifiers [3]). In other words, a switch away from GM foods is also a switch towards healthier foods.

Taken together with Nancy Swanson's study using data from the US Centre for Disease Control which showed a close parallel of rising diagnosis of digestive system problems with the acres of 'Bt' insecticidal GM maize being grown year-on-year [4], there are ample pointers to an urgent need for rigorous investigation.


We've created a whole mess of artificial substances in our diet, including bacterial toxins, agrichemicals with emulsifiers, novel genes which could be expressing in our gut microbes, and novel proteins, any or all of which will damage our digestive health and with it the health of the rest of our physiology.

America may have moved too far past the point for clinical trials or population monitoring: ubiquitous damage may already present. However, there are other ways. For example, the suggestion of alerting physicians to dietary change as a first mode of treatment for key problems and making the outcome notifiable is a good place to start. Clinical trials outwith America may still be valid. Studies on livestock (especially pigs) which have a much more restricted and GM-heavy diet then humans are certainly possible.

The main thing missing is the will to implement GM safety testing: this won't happen unless you start clamouring for it. Bear in mind that it will be our children who are "most likely to be adversely affected by toxins and other dietary problems" (David Schubert) and who will pay the biggest price in health-failure due to current regulatory failure to check out the safety of their food.