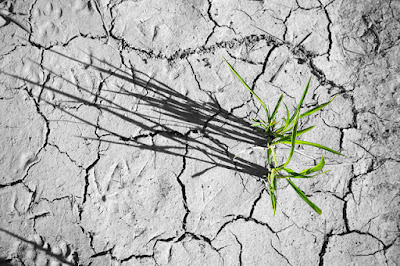 What would you expect to happen if you forced a plant to produce a large, foreign protein continuously whether or not it served any biological purpose, and no matter what else the plant's physiology was dealing with at the time?

So, what would you expect to happen if the resources needed for a plant's protein production are being siphoned off to make that large, unnecessary, foreign protein?

When there's more than enough nitrogen and water available in the soil, and the roots and green leaves are healthy, the plant may be able to produce all its usual plant proteins, all the enzymes to run itself and all the necessary structural elements to grow itself, and manage the extra load as well.

'Bt' insecticidal proteins based on those produced naturally by Bacillus thuringienses bacteria have been a major focus of GM crops. Since early in the GM era, scientists have voiced concerns that 'Bt' protein synthesis would impose a damaging "bio-burden" on GM plants.

Indeed, scientists investigating various Bt rice strains have reported lower grain production and shorter plant height and root length in some GM lines. This could be due to a Bt bio-burden the plant can't quite cope with, or due to a disturbed genome, or both.

The real test is how well the GM plants cope under stress, because a plant already carrying a GM bio-burden may not have the resources to cope with any more demands.

A Chinese study of four Bt versions of a widely-used rice strain sought to unravel the biological reasons for their differing stress responses. The chosen stressor was drought, a common problem for rice in the field.

They found that, when the GM plants' water supply is deficient, their fundamental protein turnover is impaired not only by the lack of water as a building material but by a lack of available energy. Bt plant leaves begin to age long before the seeds are formed; protein synthesis is retarded while protein degradation is accelerated; photosynthesis declines; plant growth and seed production fail to reach their full potential; and finally, root activity becomes impaired.

The Bt rice strains which generated the highest levels of Bt protein were the most impacted by drought stress.


While the exact reaction of a Bt plant to any stress will vary according to the resilience in the genomic background which has been genetically transformed, it seems inescapable that the broad, damaging effects of Bt bio-burdens could have been predicted, and better tested, years ago. Is this another intrinsic shortcoming of GM crops the biotech industry didn't want to know?

All the GM rice strains tested in this experiment had single Bt genes inserted. The latest trend in GM crops is to add in multiple genes (so far, up to six different Bt genes plus two herbicide-tolerance genes in one maize). Add this to the lack of staple crop diversity in modern fields, and we could be heading for mass crop failure if the conditions are 'right'.

Push for diversity of conventionally -bred crops in all agriculture.