It's the bugs not the Bt 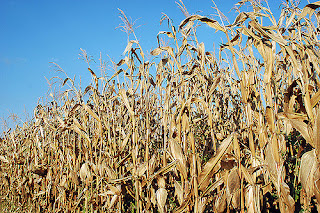 These bacterial proteins are rarely directly toxic, but react with the gut lining of the target pest, creating a lesion in the gut wall. Death of the insect after 2 to 4 days, is a result of gut microbes leaking into the body.

Indeed, experiments have indicated that, for the majority of moth pest species, if their gut microbes have been destroyed by pre-treatment with antibiotics, Bt toxins are no longer able to kill them.

Putting this another way, death-by-Bt happens when the normally beneficial bugs in the healthy pests' gut move into the body where they become pathogenic.


Since animals always harbour microbes in their gut, feeding a pest a Bt protein designed to damage its gut wall means certain death.

Recent studies show that well-fed pests (possibly aided by the well-fed bugs inside them?) are remarkably resistant to Bt. Optimum nutrition, which insects will select for themselves in the field, is key to a healthy pest with a healthy digestive system and an optimum potential for dealing successfully with the odd toxin.

Another confounding factor is our old friend glyphosate herbicide. GM crops are increasingly arriving stacked with genes for Bt production plus glyphosate resistance. They'll inevitably be sprayed with the herbicide, which tends to accumulate in the growing parts of the plant where pests often feed.

When concerns about exposure of the human digestive tract to glyphosate were raised, Monsanto's reply was "When glyphosate is used as recommended, it is not used in concentrations that are high enough for it to function as an antimicrobial". This is, no doubt, true, but pests may well be feeding on material with much more glyphosate than humans are ever exposed to, and even if it doesn't kill the bacteria outright it could debilitate them sufficiently to make them unable to harm their Bt-compromised host.

Hmmm ... the latest fad in Big Biotech, GM crops with multiple 'useful' traits for killing pests and resisting herbicides, might just be self-defeating.


SOURCES:
·         Nichole A Broderick, et al., March 2009, Contributions of gut bacteria to Bacilus thuringiensis-induced mortality vary across a range of Lepidoptera, BMC Biology
·         Why did Monsanto patent Glyphosate as an antibiotic? https://gmoanswers.com