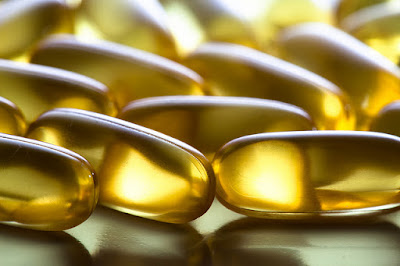 Global materials-supply company, Cargill, is entering the GM race. With its existing well-honed expertise in farmer services [1], agricultural commodity and processing, animal feed and nutrition, transportation and logistics (not to mention sustainability consulting, and financial and risk management), the Company is aiming to supply us with farmed fish raised on GM plant-based 'fish' oil in less than five years.

The team assembled to achieve this includes German chemical company BASF which has been working on transforming canola (oilseed rape) with look-alike algal genes for 20 years, plus GM compliant farmers in Montana with whom Cargill has a close relationship, and a newly-purchased Norwegian fish feed company.

Cargill Vice-president, DeBonte, said "Cargill has a lot of smart engineers working on this. We see it as a very doable and market operable system". With $107 billion in the kitty from the last financial year to support it, he might be right.

As shrewd businessmen, Cargill executives are aware of the PR opportunity attached to the recognised health benefits of long-chain omega-3 fatty acids and low saturated-fat canola oil. They also know there's a large non-GM food market which the Company fully intends to tap into. DeBonte stated "consumers will have the final decision on what they choose to eat."


Whether the touted consumer 'decision' and 'choosing' will be real depends on whether regulators and industry ditch the secrecy pervading all things GM, implement full traceability, quality checks and labelling of GM-derived foods.

The latest venture serves as a stark and sobering reminder that the GM food supply is created by engineers, chemists, traders and businessmen using the environment as its factory floor and farmers as its production-line workers. GM foods are industrial feed-stocks for the human machine in a globalised market.

Note the absence of any concept of 'life': not the consumer (human and animal life), the consumed (plant life and livestock) nor the environment (every life-form on the planet). Certainly, there's no concept of the dynamic, fluid, finely-tuned, self-replicating and interconnected physiologies into which these GM artifacts are to be streamed.

Also, nobody's mentioning 'safety' in this genetically and physiologically compromised food. That would take biological and medical scientists, and all they have is engineers, chemists and businessmen.

While sustainability of fish farms is the goal, the move from one finite feed source (fish to feed fish) seems to hinge on other, indirect but just as finite, resources (agrichemicals, soil and water to feed plants to feed fish).

The other troubling aspect of this is that when the globalised system collapses due to weaknesses and harmful elements in the GM-based food chain, the suffering will be global.