Bee die-off is soaring alarmingly in America. US government figures show that honeybee mortality has risen to 42% in the past year. While hives will shrink over the winter, losses in excess of 15% are deemed unsustainable.

A whole range of factors has been blamed for the bee deaths, including virus-bearing mites, winter food insufficiency, trucking the hives around the country to rent-a-bee at sites where mass crop pollination is needed, and non-target effects of applied and systemic insecticides.

Hives which are already too small and weak at the start of the winter, simply won't survive.

The recent discovery of interactions between the herbicides used on herbicide-tolerant crops and antibiotics [1] points to another contribution to colony collapse. Hives may be treated prophylactically or therapeutically with antibiotics. Reduced effectiveness of the antibiotics due to herbicide contamination could add appreciably to bee deaths.

However, the biggest suspect is neonicotinoid insecticidal seed coatings widely used on major crops like corn and soya. Neonicotinoids end up throughout the plant and in the pollen and nectar which, even though the flowers may be largely wind- or self-pollinated, bees collect [2]. Neonicotinoids are neurotoxins [3] and destroy hives by disrupting the natural behaviour bees need to gather their food.

Foraging in GM crops, bees will be exposed not only to neonicotinoids but to systemic Bt insecticides and glyphosate herbicide which is another suspected neurotoxin [4].

With pollination valued at $900 million and a honey industry worth $26 million in Canada, the government there is taking decisive action. From July 1st this year, new rules require Canadian growers of corn and soyabeans to show their fields are susceptible to crop-destroying pests, and to complete pest management training before being able to buy treated seeds.


The new Canadian rules on neonicotinoid use could be extended to rationalise the use of GM crops. Farmers could be required to show they had a weed problem treatable with glyphosate or a pest problem treatable with a specific Bt insecticide before they could buy GM seed. Associated training in all available alternative pest-management systems could made mandatory. 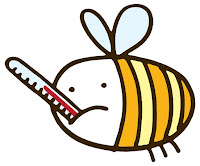 SumOfUs is taking action to demand Bayer stop selling neonicotinoids. The organisation is somewhat miffed that one of its bee actions has been censored by the media (due presumably to a fear of losing corporate business), and is therefore all the more determined to make its, and your, voice heard. Check out at http://action.sumofus.org/a/bayer-bees/.