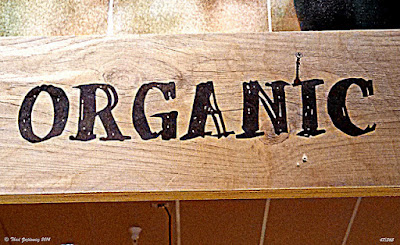 Britain doesn't, of course, grow GM anything commercially.  The offending genes were found during routine trials of seeds seeking new plant variety registration.  DEFRA quickly recalled the seeds, and ensured that all affected plants will be destroyed by the company which supplied them.  Mysteriously, the seed was imported from France which doesn't grow GM oilseed rape either.

A grass going feral and becoming a conduit for gene contamination is predictable [1].  An invasive gene-transmitting weed from the other side of the world in today's globalised market [2] is something we have to start watching out for.  The possible pollution of our entire seed supply is simply stupidity.

The problems caused by GM contamination aren't abstract or ideological threats.
Genetic engineers have focused their attention on commodities (soya, maize, cotton, oilseed rape, alfalfa grass) which are important export crops, and America has rushed to commercialise them.  Other countries have been less gung-ho and have imposed various restrictions on what GM they will or won't accept.

US regulators haven't tackled this problem, leaving the organic farmers themselves to bear the burden of avoiding the adulteration of their produce.

The reality in Spain is similar, with many organic farmers abandoning maize production because of the risk of contamination by GM MON 810 maize.

Besides genes, US organic farmers have to cope with pesticide drift from neighbouring farms which not only destroys the organic status of their crop, but means they have to go through a three-year transition process for organic certification all over again.  The damage due to pesticide drift has become increasingly common as the USDA approves ever more herbicide-tolerant GM crops.

With increasing consumer demand for organic and GM-free food, and regulators doing nothing meaningful to give them what they want, Americans are beginning to take things into their own hands.  A small but growing number of "GE-free zones" where cultivation of GM crops is prohibited are springing up (despite State opposition).

Ironically, it's becoming increasingly clear that GM is driving the world to embrace organic.  GM is also driving a healthy demand for knowledge about our food, including transparency with regard to content, source, production methods, and whether it actually is food.

We can help our fellow human beings on the other side of the pond by continuing to demand what we both want: simple, unadulterated, recognisable food.