Majority of GM safety studies are irrelevant to humans 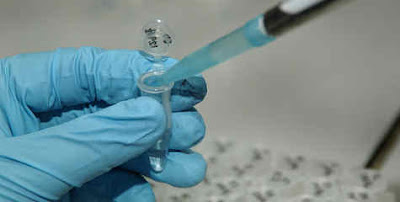 According to one plant molecular scientist (as he histrionically “sags into his chair and gestures at the air”) there have been “hundreds of millions of genetic experiments involving every type of organism on earth” yet the fears about GM foods persist (Robert Goldberg, University of California at Los Angeles).

This begs a question or two. Amongst these hundreds of millions of genetic experiments, how many were aimed at addressing our fears? How many were relevant the GMOs in our food chain, or to us and our health?

Biotech industry federation, CropLife International's justification for its claim that all is well with GM is that “... more than 150 scientific studies have been done on animals fed biotech crops and to date, there is no scientific evidence of any detrimental impact”.

Assuming the 150 studies “done” have also been published, what are the “animals”? How many of these trials were carried out on insects, worms, fish, fowl and ruminants, none of which have much relevance to humans?

COMMENT If CropLife can find this number of studies on animals which are recognised modals for human physiology (such as certain rodents and pigs) we'd like to see them.

Soil Association Policy Director, Peter Melchett, is less vague about how much GM food safety testing has been done:


“Worldwide, there have only been around 30 scientific animal trials looking at the impacts of eating GM food, and half of those have raised concerns such as clear signs of toxicity affecting the liver and kidney, with ill effects on the heart, adrenal glands, spleen and blood cells.”


Judging from the scientific papers collected by GM-free Scotland and the published reviews (see THREE REVIEWS OF GM SAFETY - May 2012), Peter Melchett's estimate seems much closer to the reality of the matter.

There are a lot more than 30 different GM events approved for inclusion in our food chain. Testing a fraction of these is hardly enough to allay the persisting fears lamented by the American plant molecular biologist. And even more so because, since contrary to CropGen's airy denial of detrimental impacts, half of the tiny number of relevant published feeding studies have raised concerns.

Besides the minimal science and the worrying level of harm indicated by that science, the amount of misinformation being spread by industry groups and plant biologists with a vested interest in commercial GM seems to prove that we have very good cause for our fear of GM food.