Food industry: anything left to trust? 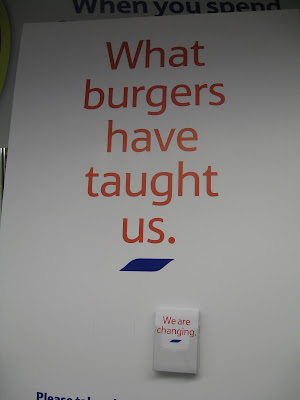 Horse-meat-sold-as-beef generated a lot of very predictable responses (see THE CURIOUS TALE OF A HORSE THAT BECAME A COW - March 2013).

The public response to finding it was eating horse was to take evasive action. Plastic-enshrouded 'beef' in supermarkets was spurned in favour of the traditional skills of the local butcher. Shoppers diverted away from frozen ready meals to prepare their own from scratch. In other words, the oft-stated consumer demand for cheap food (the justification for our current mass-produced, over-processed food supply) was shown to be a myth. And the claim that only the middle classes worry about what's on their plate, has also been blown out of the water. Customers across the board were very quick to stop buying cheap food when that 'food' was revealed to be untrustworthy.

Other healthy outcomes to have emerged from the horse-meat fiasco include consumer demand for transparency, for shorter supply chains, for traceability, and for labelling accurate enough to allow them to choose British.

The response of the food industry was a PR drive to allay customer fears.

Supermarket advertisements apologising or declaring their commitment to “...get to the bottom of this...” and to “...give you confidence...”, sprang up like mushrooms.

Findus, which succeeded in manufacturing a frozen 'beef' lasagne containing 100% horse-meat hired ex-Monsanto PR firm Burson Marsteller. The damage-limitation offered by them was the dubious reassurance that the product was only 15% beef anyway.

The response of the government and its agents was just plain confused. In reality, no-one in charge seemed to know if their job is to allay public alarm or try to expose the scale of the contamination. The result is they've been giving out a lot of mixed messages.

While the Prime Minister was declaring he would have “no qualms” about eating the sort of processed meat at the heart of the scandal, the House of Commons cafés and restaurants were busy removing anything suspect from their menus.

The Food Standards Agency (FSA) immediately insisted that the adulteration was not a food safety concern: it was a labelling issue, and one which the retailers have the responsibility to deal with.

However, in the same breath, the Agency was ordering tests for the possible presence of horse drugs dangerous to humans, advising consumers who had bought affected Fundus products not to eat them, and finally coming right out in the open and ordering DNA checks on all 'beef' products.

Food retailers certainly didn't swallow the FSA 'safety' line: their response was to clear their shelves of anything remotely horse-beef-like pretty quickly.

Indeed the FSA's denial of the possibility of a safety problem seems difficult to justify. No one knows how long it had been going on, where the horses came from, what their state of health was, whether the slaughter facilities were approved, nor the storage conditions of the carcasses (the FSA even chose to assume that any bacteria would be killed when the horse-meat was cooked). No one can tell if the horse DNA came from 'meat' as we understand it (muscle), or 'drind' (dehydrated skin), or 'seasoning' (carcass extracts which boost protein levels). Chief Executive of the FSA, Catherine Brown, was forced to admit that we will never know how many people have eaten adulterated meat.

In December 2012, the Environment Minister, Owen Paterson, told UK citizens to stop the humbug about GM feed safety because “there isn't a single meat dish served in a typical London restaurant that doesn't contain it”: we must, it seems, just put up with it. Faced with the presence of the horse-meat in just about anything labelled 'beef' the following month his department stated:

“Consumers have a right to expect that food is what it says on the label. The presence of unauthorised ingredients cannot be tolerated, especially when those ingredients are likely to be unacceptable to consumers or where there is any risk to human health”.

And, as Mike Small of the Fife Diet suggests, maybe it would be better for our health, for the environment and for future generations if we now learn a healthy distrust of our food supply system.

“There's nothing to trust in a system that has allowed the wholesale corporate capture of our food culture, and there's no evidence that current regulation works. Why should it? ... The last thing we need to do is to re-establish trust. What we need are shorter supply chains, a re-evaluation of our relationship with the non-human world, a transparent food system we have some control of and a more localised economy that doesn't further wreck the planet. That, and to raise our expectations about what we eat.”

There may be very little to fear in eating bits-of-horse even if they're labelled something different. But, as scientists such as Giles-Eric Séralini and others featured here on GM-free Scotland, have shown there are plenty of grounds to distrust GMOs in the food chain (see for example GM MAIZE NOT SAFE TO EAT - October 2012, ROUNDUP NOT SAFE TO EAT - March 2013)

Why not do as GM Education suggest: since “Owen Paterson and DEFRA have acknowledged and set out the rights of consumers, but ... will not commit to ensuring those rights cover GMOs”, write to MP Paterson and your MP and ask why not?

And interestingly, the quality control we need for certainty about our food is a rigorous farm-to-plate traceability system such as is already in place for certified organic food. This is what makes organic food dearer: its trustworthiness.