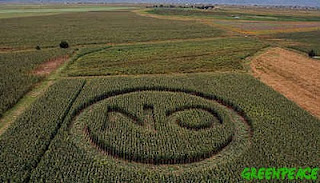 The European Commission (EC) had a bad case of indecision about its GM regulations in February.

What the Commission was wrestling with was a proposal to drop its blanket zero tolerance policy on the presence of low levels (up to 0.1%) of unapproved GM material in imported animal feed.

To soften the blow, the suggested new level of tolerance will be limited to GM feed material already authorised for commercialisation in a third country and for which an authorisation procedure is pending in the EU, or, for which a previous EU authorisation has expired.


It's easy to understand why the Commission was wavering. The change ignores majority public opinion (currently standing at 61% against encouraging GM), and risks undermining public trust in the system which previously provided clear protection for consumers and the food industry.

What's not immediately clear is why the EC felt it necessary to propose the change in the first place.

Realistic estimates of the potential problem from gene contamination had never been “bloody” enough to persuade politicians to back such a fundamental change in EU law. Not bloody enough that is, until the figures were replaced by another report based on an extreme, worst-case, scenario. This new report looked at what the short-term financial impact would be if all soya feed and food products were found to be contaminated with unapproved GM so that all imports from the US had to be rejected. It arrived the frightening figure of 1.7 billion Euros. If the (un-)likelihood of such an even on such a scale isn't factored in, €1.7 billion gives plenty of justification for changing the law.

The next question is why did the Commission need to manufacture this justification in the first place?

Seemingly, it all came down to the combined pressure from the biotech and animal feed industries.

Lobbyists regaled politicians and bureaucrats with intimidating predictions of doom if GM contamination remained outlawed: feed consignments would be sent back to their country of origin, prices would soar, animals would starve, Europe's meat industry would be unable to compete, would collapse and would relocate overseas, jobs would be lost ... and it would all their fault for not allowing the teeniest little bit of GM into the food chain. One Scottish MEP learned his lines well and declared that “zero tolerance for GM foods makes zero sense”, thus adding a degree of personal insult to the economic and humanitarian threats.

The truth beyond all this scare-mongering is a rather different story.

Only 0.2% of feed shipments have ever been rejected on grounds of contamination (and none at all since June 2009). Major feed suppliers, Argentina and Brazil, won't grow a GM crops unless it is approved in Europe. Contamination isn't a problem and there's no reason for that to change.

At the beginning of February, the press was ablaze with record world food price rises which had hit shoppers. Did this justify the proposal to drop the precautionary principle on unapproved GM food and feed?

The price problem didn't stem from any lack of food production: there were bumper harvests the previous year.

However, there was one very telling statistic slipped into the press reports: “only meat prices remained stable”. This happened because much of the bumper harvests were fed to animals in preference to humans. Eating livestock on food humans could have eaten is a singularly inefficient way to provide our nutrition.

Add to this the on-going, massive, diversion of corn into the America's “misguided biofuels agenda” and you have food shortages amid fields of plenty which make prices rise. The diversionary feed-stocks now heading for animals and cars are largely GM.

GeneWatch is very clear about why the EC has taken this seemingly unnecessary step:


“The GM industry is pushing this proposal so it can wedge its foot firmly in the door and open up the British and European markets to food no one wants to eat. Its long-term aim is to contaminate the food chain to such an extent that GM-free food will disappear.”

The EC proposal will become law in three months if the European Parliament and Council do not find grounds to oppose it.


OUR COMMENT
The proposed adjustment of the law doesn't seem too momentous. But the suspicion is that the tiny, 0.1%, of contamination under restricted conditions will evolve into acceptance of any GM which will evolve into a little bit more GM ... until the whole food chain is so heavily contaminated we accept it or starve.
There's still time to lobby your MEPs and agricultural ministers to preserve the EU's precautionary principle on GM in food and feed.
SOURCES

Email ThisBlogThis!Share to TwitterShare to FacebookShare to Pinterest
Labels: regulation